A downloadable tool for Windows and Linux

Welcome to the world of game development using AppGameKit for Python!

If you find this project useful, please buy AppGameKit (if you haven't already).  You can also save 50% off AppGameKit and any of the bundles by using this promo code during checkout:  AGKPYTHONDEAL50.  Feel free to let The Game Creators know that you're liking AppGameKit for Python.  :)

Thanks for using AppGameKit for Python!  If you have any questions or problems, feel free to create a topic in the community forum.

Under the current license I can’t charge money for this project, but I am allowed to accept donations and they will be greatly appreciated.

Using this extension module is as easy as placing the appropriate file(s) in the same folder as your script and importing it.  If you use an IDE such as PyCharm, the PYI file can be placed in the folder as well so the IDE can better understand the extension module's contents.

You can include one or more of these files to work on multiple platforms.

Once that is done, you're on your way to developing great games with AppGameKit for Python!

The AppGameKit asset downloadable content packs will work with the Python version and are worth checking out:

Differences from AppGameKit Tiers 1 and 2

Method names have been changed so that they follow the PEP 8 style guide.  The AppGameKit methods in Tiers 1 and 2 are TitleCased, but for this they are lowercase_with_underscores.  ie: The LoadImage method is called load_image here.

The Print method was renamed to print_value so that it wouldn't be confused with Python's builtin print command.

Since Python doesn't have method overload like C++ and AppGameKit Basic, some method names have been modified to compensate.  An example of method overloading can be seen with the LoadImage command which has four method overloads:

The first two take an arbitrary ID that you provide as the first parameter and the last two return the ID that AppGameKit assigns internally instead.  There's also a bBlackToAlpha parameter appearing in one of the overloads of each set.

For AppGameKit for Python, these two sets are combined into two methods, each with an optional parameter.

And the AppGameKit Tiers 1 and 2 code for:

becomes this in AppGameKit for Python:

AppGameKit builds its internal "read" path based upon the main process executable name.  For Python scripts, the read path for every script is based on the Python interpreter which means every script has the same read path.

This obviously is not desirable, so AppGameKit for Python monitors all methods requesting to open files and changes paths that are relative to the read path so that they are absolute ("raw") paths based upon where the main script is being executed.

This change allows you to be able to use a folder structure like that of AppGameKit Tiers 1 and 2 in that the "media" subfolder will be located in the same folder as your main script file.

In order to use a plugin, its folder will need to be copied into a subfolder called "Plugins" where your main script is located.  The resulting file structure will be something like this:

The Application class encapsulates the creation and destruction of the AppGameKit window.  It is recommended that developers instantiate an Application object using a with block and put all game code inside the with block.

The enable_debug_log() method has been added to turn on log() method output.  Without calling this first, log() calls do nothing.  This allows one to enable the log() method calls during development and leave them disabled for release easily with a single command call.

The extension module also contains several constants (such as key codes, alignment settings, etc) that can be used.  They are listed at the top of the PYI file.

In addition to AppGameKit's EULA:

AppGameKit and the AppGameKit Logo are copyright The Game Creators Ltd.  All Rights Reserved.

This Python version of AppGameKit is officially licensed by The Game Creators Ltd to Adam Biser.

Windows, Mac, and Linux versions of AppGameKit are available from The Game Creators HERE.

The Python logo is a trademark of the Python Software Foundation.

StickyAppGameKit for Python Will Live On!
by Fascimania · 1 post
317d
StickyGetting Started
by Fascimania · 1 post
1y
Windows Only?
by ILMostro · 7 posts
108d
I was wondering how to use fps creator, and dlc packs for this module
by Squabe517 · 3 posts
267d
draw_line error
by deltagear · 4 posts
1y
Thanks! and an error...
by Neemulus · 4 posts
1y
Is there a full list of commands ?
by GunnerJnr · 5 posts
1y
Thank you and a question about installing AppGameKit for Python
by Zwarteziel · 4 posts
1y
Post a new topicView all posts 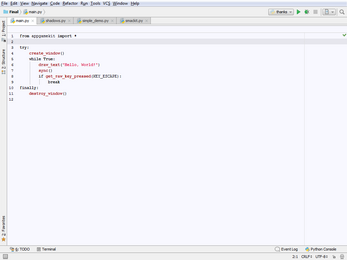 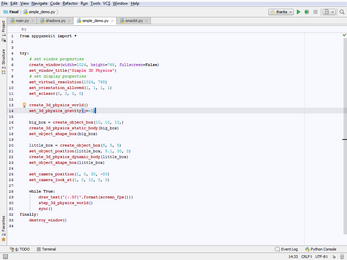 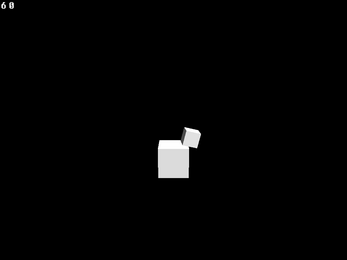 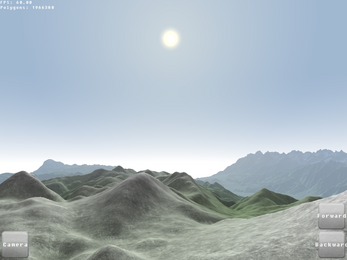 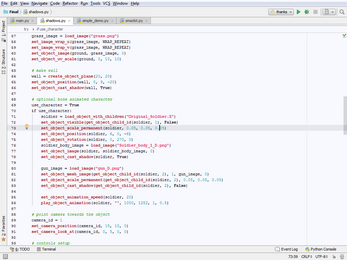 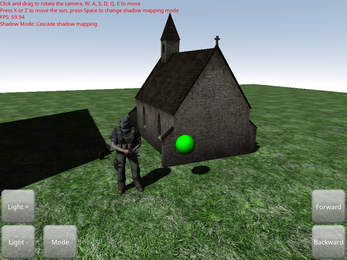 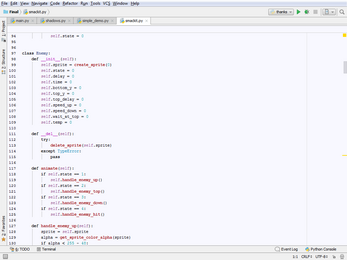